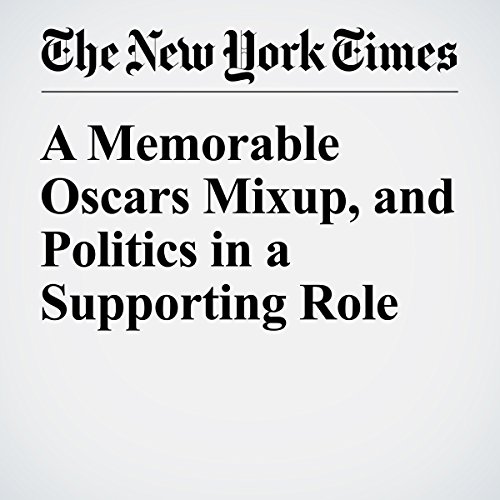 It was indeed just a year ago that the controversy hanging over the Oscars was #OscarsSoWhite, when no minority actors received nominations. This year, with a more diverse field of nominees — and controversy over race and xenophobia hanging over the entire country — the film industry was ready to turn its flagellation outward.

"A Memorable Oscars Mixup, and Politics in a Supporting Role" is from the February 27, 2017 Entertainment section of The New York Times. It was written by James Poniewozik and narrated by Caroline Miller.