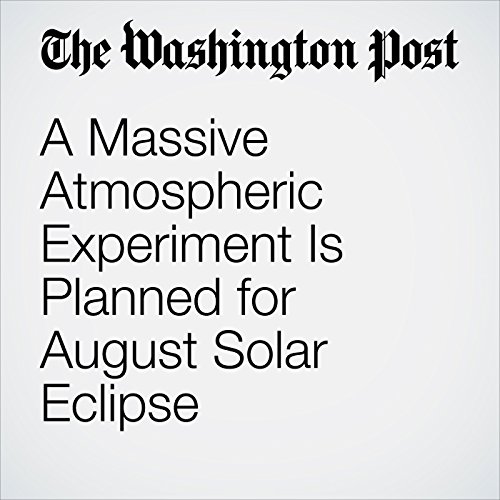 A Massive Atmospheric Experiment Is Planned for August Solar Eclipse

On Aug. 21, as the moon passes in front of the sun and casts a shadow across the United States, millions are expected to gaze at the totality. Meanwhile, a smaller crowd will be glued to 150 custom-made radio receivers set up across the country

"A Massive Atmospheric Experiment Is Planned for August Solar Eclipse" is from the July 12, 2017 Speaking of Science section of The Washington Post. It was written by Ben Guarino and narrated by Sam Scholl.