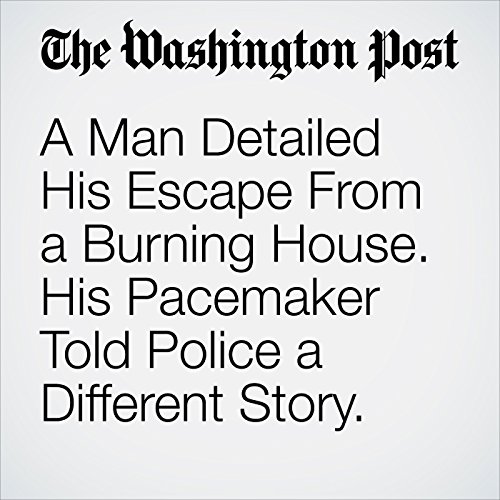 He packed some of his clothes and other belongings in a suitcase. He put the stuff that wouldn't fit in other bags. He grabbed his computer. He made sure to pick up the charger for his medical device. Then, he told dispatchers, he used his cane to break a window and hurl the bags out. After that, he says, he rushed out of the burning house.

"A Man Detailed His Escape From a Burning House. His Pacemaker Told Police a Different Story." is from the February 08, 2017 National section of The Washington Post. It was written by Cleve R. Wootson Jr. and narrated by Jenny Hoops.