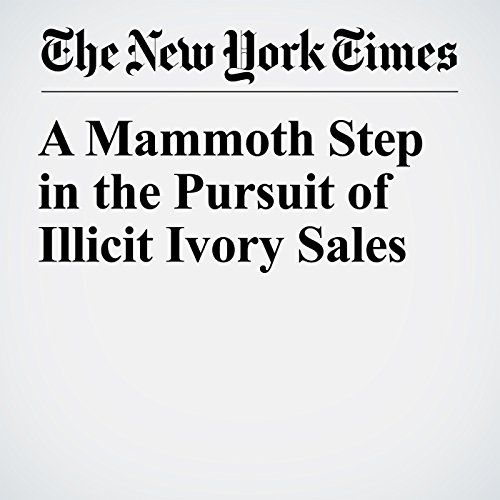 A Mammoth Step in the Pursuit of Illicit Ivory Sales

The windows of the gallery and the floors of its aisles are lined with animals, in herds and singly. Lions. Giraffes. Monkeys. And elephants, bulls, cows and calves. Most were cast from poured metal.

"A Mammoth Step in the Pursuit of Illicit Ivory Sales" is from the March 30, 2017 U.S. section of The New York Times. It was written by Jim Dwyer and narrated by Barbara Benjamin-Creel.