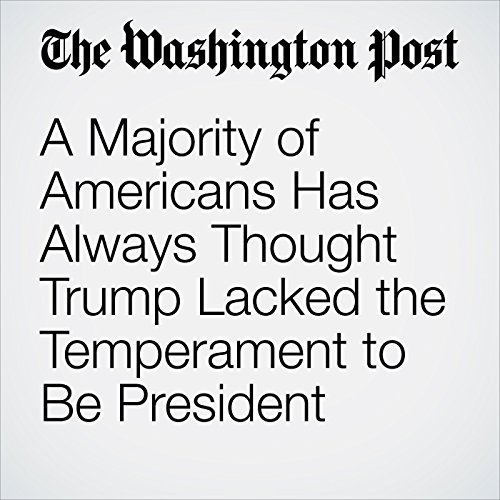 The question is one of temperament. Americans have a loosely defined sense of what is and isn’t presidential and what sort of temperament it takes to hit that standard. When pollsters would ask the country if they thought Trump hit that mark, a majority of Americans consistently said that he didn’t. In every poll conducted before the election a clear majority said that Trump lacked the proper temperament for the job.

"A Majority of Americans Has Always Thought Trump Lacked the Temperament to Be President" is from the February 02, 2017 Politics section of The Washington Post. It was written by Philip Bump and narrated by Sam Scholl.