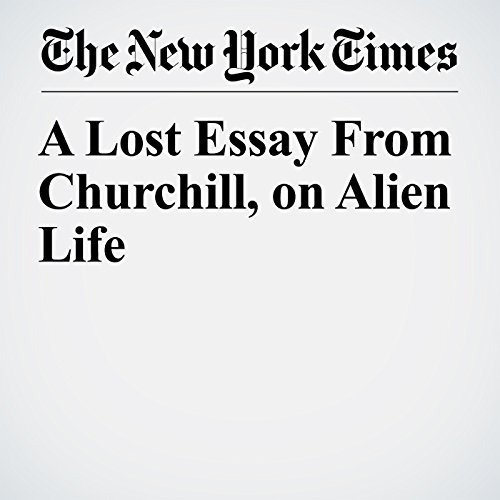 Even as he was preparing for the biggest struggle of his life, leading Britain in its fight against Nazi Germany, Winston Churchill had something else on his mind: extraterrestrials.

"A Lost Essay From Churchill, on Alien Life" is from the February 15, 2017 World section of The New York Times. It was written by Kimiko De Freytas Tamura and narrated by Fleet Cooper.