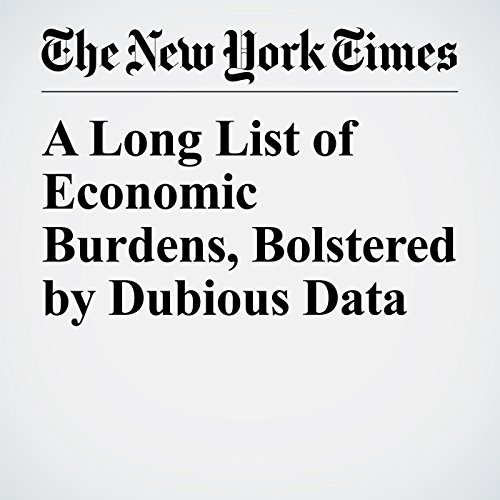 In making his case for abandoning the Paris climate accord, President Donald Trump characterized the agreement as an economic straitjacket — one that would impose terrible burdens on Americans by shuttering the coal industry, suffocating growth and redistributing jobs and wealth from the United States to its competitors.

"A Long List of Economic Burdens, Bolstered by Dubious Data" is from the June 02, 2017 World section of The New York Times. It was written by Mark Landler, Brad Plumer and Linda Qiu and narrated by Mike DelGaudio.