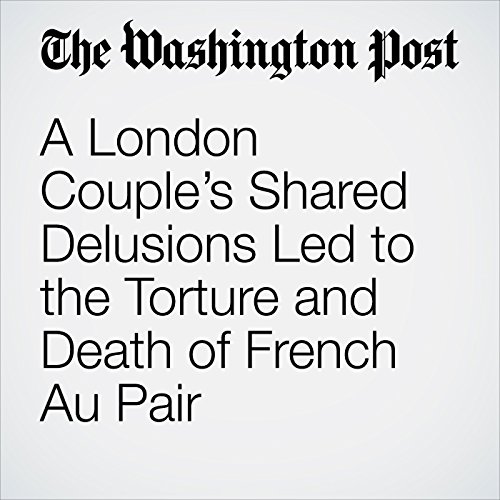 Neighbors spotted the black smoke lifting from behind the house on Wimbledon Park Road in the Southfields neighborhood of southwest London. The smell was so alarmingly pungent and foul firefighters were called to the scene. When the crew pushed into the garden of the $1.2 million residence, a bonfire was belching flames. Once the blaze was doused, firefighter Thomas Hunt’s eyes zeroed in on the ashes: Clothing, jewelry and a human nose and fingers appeared to be in the smoking pile.

"A London Couple’s Shared Delusions Led to the Torture and Death of French Au Pair" is from the May 25, 2018 World section of The Washington Post. It was written by Kyle Swenson and narrated by Jenny Hoops.