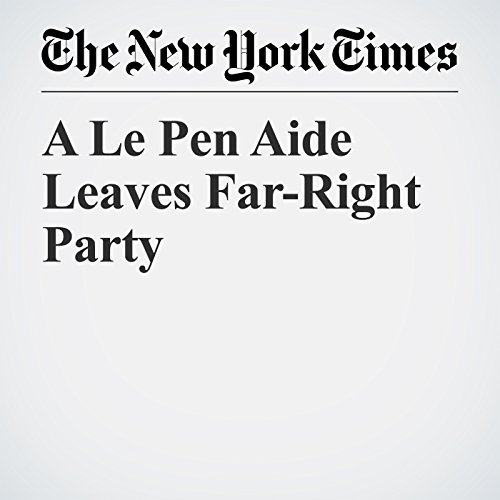 A top aide to French far-right leader Marine Le Pen announced Thursday that he was leaving her National Front party, the latest sign of turmoil within the organization as it struggles to recover from her defeat in presidential elections last year.

"A Le Pen Aide Leaves Far-Right Party" is from the September 21, 2017 World section of The New York Times. It was written by Aurelien Breeden and Elian Peltier and narrated by Kristi Burns.