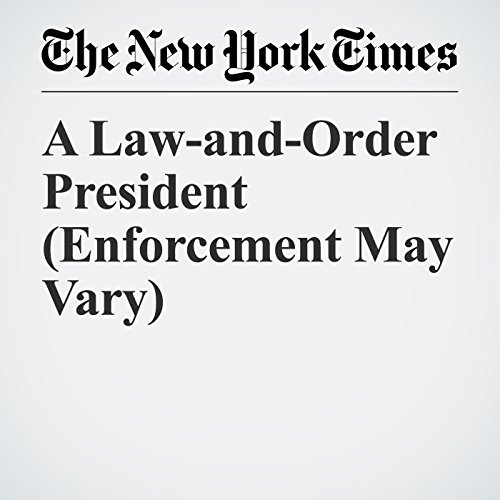 President Donald Trump spent 18 months as the ultimate law-and-order candidate, promising to rescue an American way of life he said was threatened by terrorists, illegal immigrants and inner-city criminals.

"A Law-and-Order President (Enforcement May Vary)" is from the August 27, 2017 World section of The New York Times. It was written by Maggie Haberman and narrated by Kristi Burns.