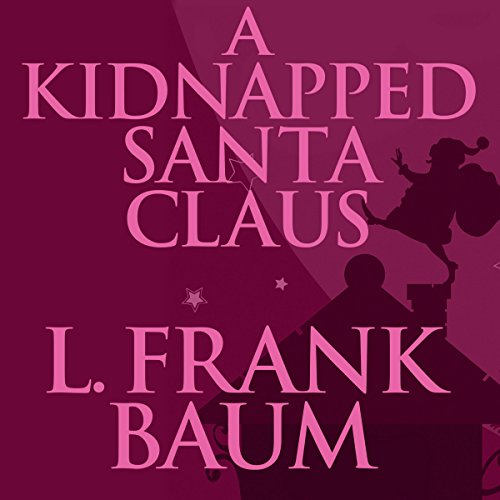 "A Kidnapped Santa Claus" is a short story by L. Frank Baum, author of the Oz stories. In it, The Daemons of the caves, resentful of Santa Claus, who rebuffs their attempts to subvert him by temptation, capture him in his sleigh on Christmas Eve and imprison him in their caves. Santa's helpers: a fairy, pixie, knook, and ryl, finish his deliveries with a few comical mishaps. Assembling a magical army of good beings, the queen of the fairies leads an attempt to rescue Santa Claus from the clutches of the evil Daemons.

Published in 1904, the story has a somewhat darker tone than its predecessor, The Life and Adventures of Santa Clause.

A short story based on the earlier book

This is a follow-up short story to The Life And Adventures Of Santa Claus. It is, in fact a revisiting of a portion of that book. Originally, demons kidnapped Santa Claus and it led to a full on war between the demons and the fairy folk. A somewhat dark section of the book. Here, that section is retold through a much gentler prism.

This update, for I believe that is what it was meant to be, is much more fitting for younger and more sensitive children. I recommend this story as appropriate for youngsters as a sweet little bedtime story.