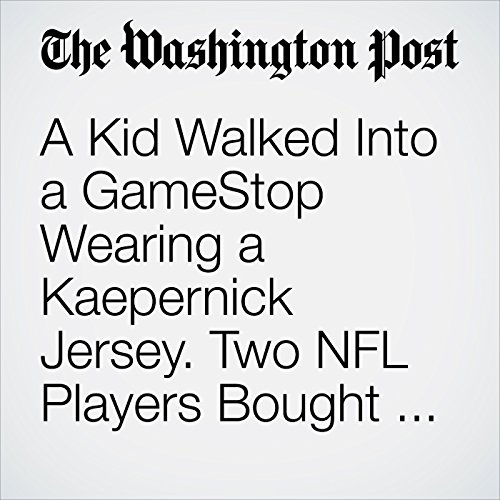 Saundra Watts was getting her makeup done in the Dulles 28 Centre in Sterling on Tuesday, killing time while her dog was groomed at Petco, when her 10-year-old grandson, Jaden, came running into the store.

"A Kid Walked Into a GameStop Wearing a Kaepernick Jersey. Two NFL Players Bought Him an Xbox." is from the September 28, 2017 Sports section of The Washington Post. It was written by Scott Allen and narrated by Jenny Hoops.