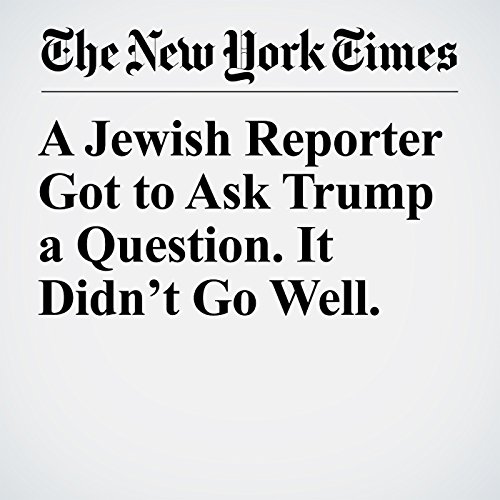 He had spent an hour crafting a question about a recent surge of anti-Semitism, with a preamble that he hoped would convey his supportive disposition toward Trump.

But the exchange did not go the way he expected.

"A Jewish Reporter Got to Ask Trump a Question. It Didn’t Go Well." is from the February 17, 2017 U.S. section of The New York Times. It was written by Laurie Goodstein and narrated by Paul Ryden.