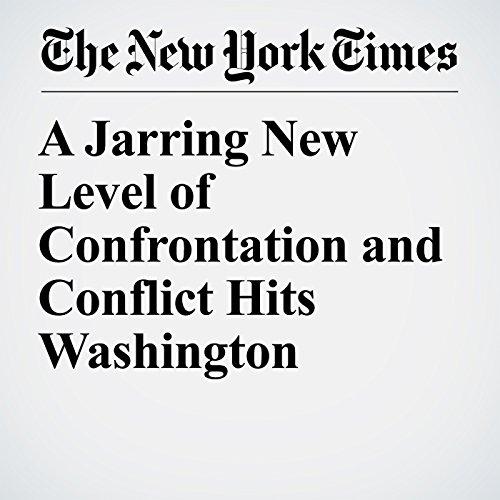 President Donald Trump made clear in his fiery inaugural speech that he was going to challenge the Washington establishment. Now the establishment is quickly pushing back, creating a palpable air of uncertainty and chaos in the opening days of his administration.

"A Jarring New Level of Confrontation and Conflict Hits Washington" is from the January 31, 2017 U.S. section of The New York Times. It was written by Carl Hulse and narrated by Kristi Burns.