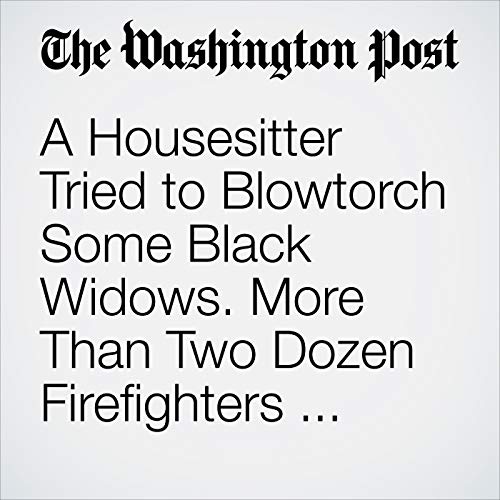 The man’s identity is not known. But he was housesitting for his parents in Fresno, Calif., on Tuesday when the black widows came.There were at least “a couple” of them, ABC 30 reported.

"A Housesitter Tried to Blowtorch Some Black Widows. More Than Two Dozen Firefighters Responded to the Blaze." is from the October 25, 2018 National section of The Washington Post. It was written by Alex Horton and narrated by Jenny Hoops.