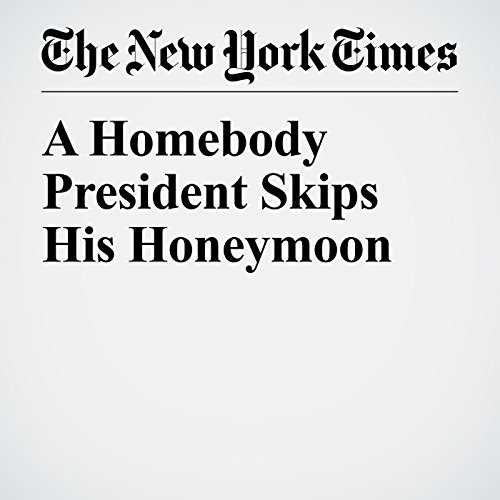 President Donald Trump has become a virtual homebody during his first few months in office, largely sitting out the honeymoon period that other presidents have used to hit the road and rally support for their priorities.

"A Homebody President Skips His Honeymoon" is from the April 16, 2017 U.S. section of The New York Times. It was written by Julie Hirschfeld Davis and narrated by Keith Sellon-Wright.