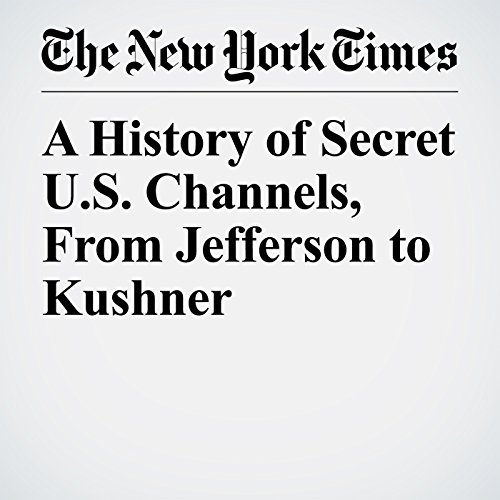 There was Robert F. Kennedy’s still-mysterious phone call with an Izvestia correspondent, actually a Soviet spy, on Dec. 1, 1960, signaling that his brother, the president-elect, wanted to change the nature of the United States’ relationship with its Cold War adversary. It wasn’t exactly a success: First came the Bay of Pigs, then the Cuban missile crisis.

"A History of Secret U.S. Channels, From Jefferson to Kushner" is from the June 01, 2017 World section of The New York Times. It was written by David E. Sanger and narrated by Fleet Cooper.