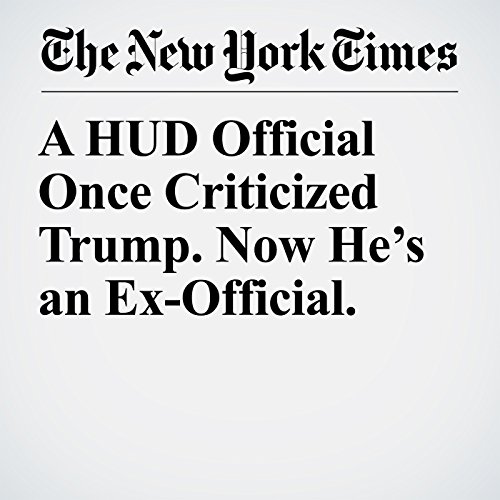 Shermichael Singleton, who was one of the few black conservatives in the Trump administration, had been working at the Department of Housing and Urban Development since Jan. 23 as a senior adviser. He was preparing a cross-country tour for Carson, who is expected to be confirmed by the Senate this month.

"A HUD Official Once Criticized Trump. Now He’s an Ex-Official." is from the February 16, 2017 U.S. section of The New York Times. It was written by Maggie Haberman and Yamiche Alcindor and narrated by Kristi Burns.