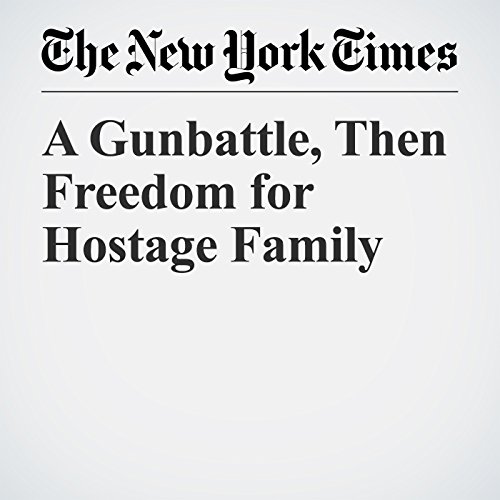 Stuffed by their captors into the back of a car with their children as they were being ferried across the rugged tribal areas of northwest Pakistan, an American woman and her Canadian husband were in the final moments of their five-year ordeal as hostages.

"A Gunbattle, Then Freedom for Hostage Family" is from the October 12, 2017 World section of The New York Times. It was written by Adam Goldman and narrated by Barbara Benjamin-Creel.