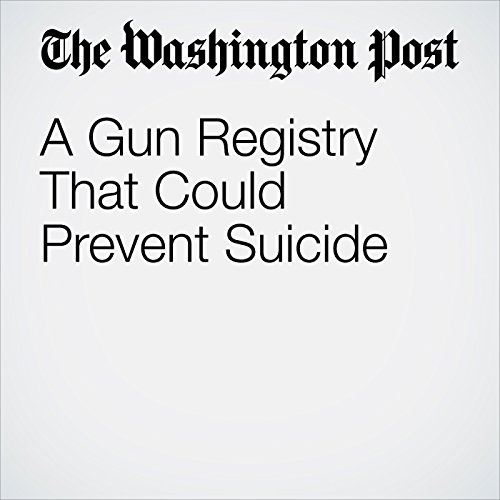 Two-and-a-half years ago, Cheryl Hanna had many reasons to be happy. She was 48, a successful Vermont law professor and married with two children. But Hanna was privately battling severe depression. In the days leading up to her suicide, she had twice voluntarily admitted herself to a hospital for psychiatric treatment. Shortly after her second hospitalization, she legally bought a handgun and used it the next day to kill herself.

"A Gun Registry That Could Prevent Suicide" is from the January 18, 2017 Opinion section of The Washington Post. It was written by Fredrick Vars and narrated by Sam Scholl.