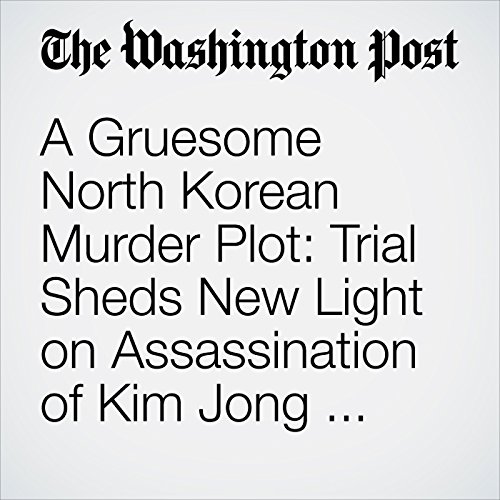 On the morning of Feb. 13, a pudgy, balding middle-aged man approached a self-check-in kiosk in a terminal at Malaysia’s Kuala Lumpur International Airport. As he punched up the information for his AirAsia flight to Macau, nothing would flag him as any different from the other travelers hustling through the busy area.

"A Gruesome North Korean Murder Plot: Trial Sheds New Light on Assassination of Kim Jong Un's Brother" is from the October 17, 2017 World section of The Washington Post. It was written by Kyle Swenson and narrated by Sam Scholl.