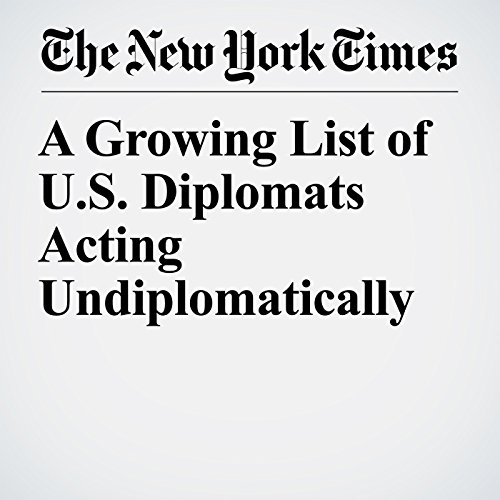 President Donald Trump has made a trademark of upending many of the diplomatic traditions that have defined U.S. foreign policy for decades, angering a host of longtime allies. Now, a growing number of his ambassadors are doing the same.

"A Growing List of U.S. Diplomats Acting Undiplomatically" is from the June 06, 2018 U.S. section of The New York Times. It was written by Gardiner Harris and narrated by Keith Sellon-Wright.