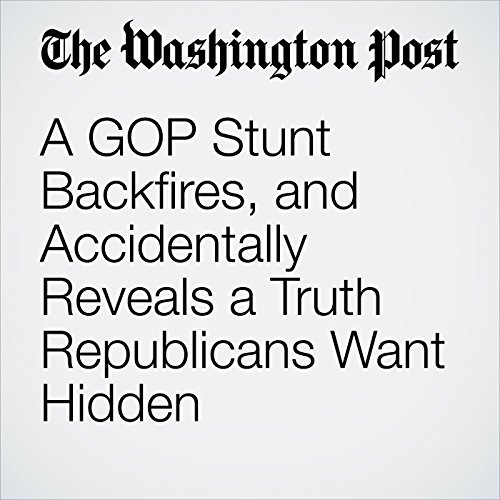 With the Republican campaign to repeal and replace the Affordable Care Act now set to enter its final, frenzied push, the Indianapolis Star reports that the Indiana GOP attempted a stunt that was supposed to provide Republicans with more ammunition against the law. But the stunt went awry:

"A GOP Stunt Backfires, and Accidentally Reveals a Truth Republicans Want Hidden" is from the July 05, 2017 National section of The Washington Post. It was written by Greg Sargent and narrated by Sam Scholl.