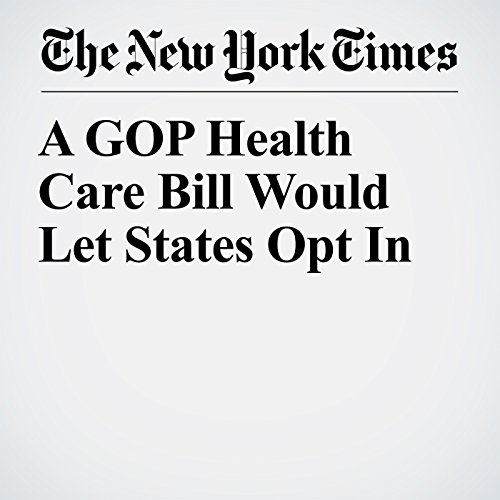 But the plan was attacked by Democrats as a step back from the Affordable Care Act’s protections, and it was unlikely to win acceptance from conservative Republicans who want to get rid of the law and its tax increases as soon as possible. If anything, the proposal — by Sens. Bill Cassidy of Louisiana, a medical doctor, and Susan Collins of Maine, a moderate Republican — may show how difficult it will be for Republicans to enact a replacement for the Affordable Care Act.

"A GOP Health Care Bill Would Let States Opt In" is from the January 23, 2017 U.S. section of The New York Times. It was written by Robert Pear and narrated by Kristi Burns.