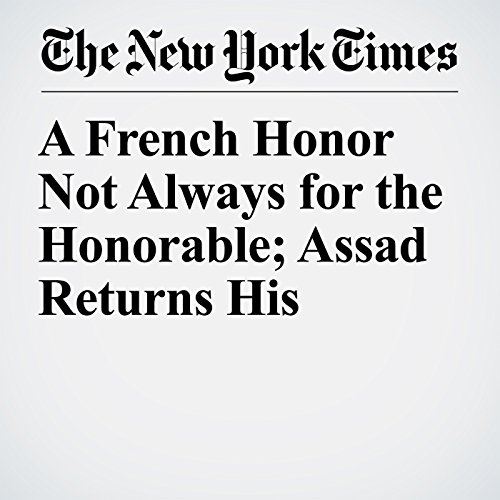 LONDON — Lance Armstrong was stripped of his, and Harvey Weinstein will lose his, but Vladimir Putin still has one. On Thursday, Bashar Assad sent his back, though he was on his way to having it taken away from him.

"A French Honor Not Always for the Honorable; Assad Returns His" is from the April 20, 2018 World section of The New York Times. It was written by Richard Pérez Peña and narrated by Barbara Benjamin-Creel.

Cosa pensano gli ascoltatori di A French Honor Not Always for the Honorable; Assad Returns His