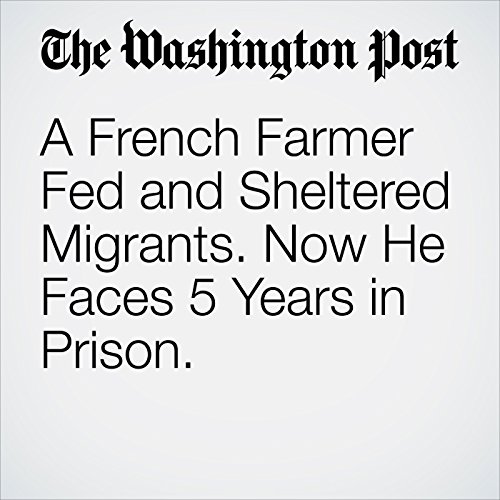 A self-ascribed “extreme leftist” with the requisite beard and unruly ponytail, Cédric Herrou — once an auto mechanic, then a steeplejack — is now technically an olive farmer, living out of a crumbling, 19th-century cottage in the middle of nowhere, on a rocky incline high above a riverbed. But Herrou’s focus is no longer the picholines that grow on his trees. These days, what matters are the migrants.

"A French Farmer Fed and Sheltered Migrants. Now He Faces 5 Years in Prison." is from the February 09, 2017 World section of The Washington Post. It was written by James McAuley and narrated by Sam Scholl.