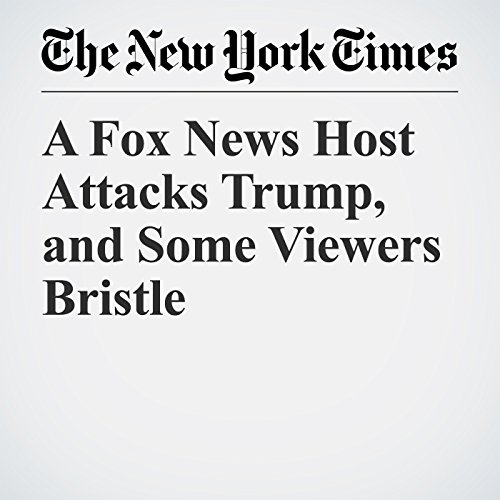 Fox News, television’s equivalent of a presidential safe space, kept up its steadfast defense of President Donald Trump even as he faced an uproar this week over his response to the violence at a white supremacist rally in Virginia last Saturday. Anchors like Sean Hannity and Tucker Carlson praised the president and lauded his bare-knuckle criticism of the news media.

"A Fox News Host Attacks Trump, and Some Viewers Bristle" is from the August 16, 2017 Business section of The New York Times. It was written by Michael M. Grynbaum and narrated by Kristi Burns.