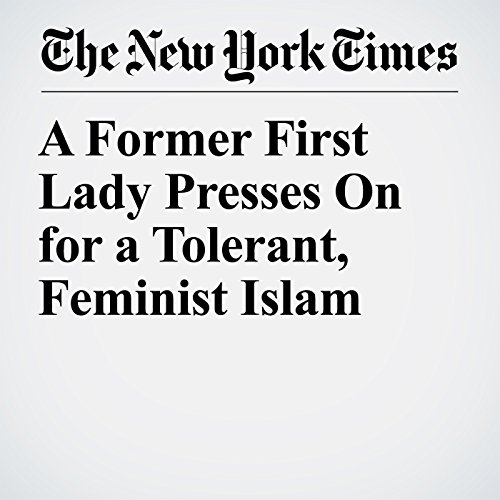 The transgender Muslim women gazed around the reception room with wonder. It was loaded with lavish tributes from foreign rulers: gold filigreed swords from Kuwait, elaborately painted Chinese urns and elegantly framed Quranic verses. Finally the host, Sinta Nuriyah, 69, breezed into the room in her wheelchair, passing by a giant bust of her husband, Abdurrahman Wahid, a former president and a powerful voice for moderate Islam.

"A Former First Lady Presses On for a Tolerant, Feminist Islam" is from the April 07, 2017 World section of The New York Times. It was written by Jon Emont and narrated by Caroline Miller.