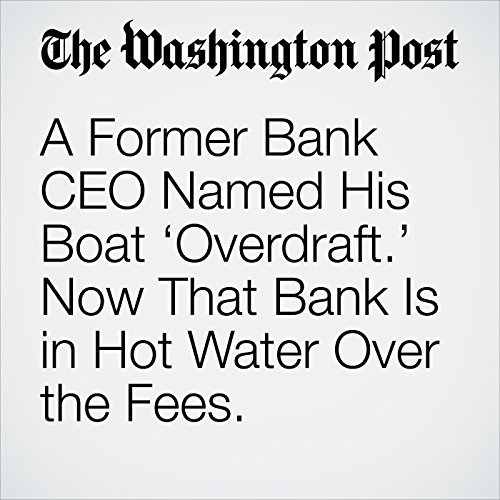 The government’s consumer watchdog alleges that lofty sales goals drove the Minnesota-based bank to mislead hundreds of thousands of consumers into signing up for overdraft services. Consumers typically face overdraft charges of about $35 when they use their debit cards to spend more money than they have in their accounts. Federal rules put in place after the financial crisis prohibit banks from charging the fees on debit purchases or ATM withdrawals unless consumers opt in to the program. But the CFPB alleges that TCF violated those rules.

"A Former Bank CEO Named His Boat ‘Overdraft.’ Now That Bank Is in Hot Water Over the Fees." is from the January 20, 2017 Business section of The Washington Post. It was written by Jonnelle Marte and narrated by Jill Melancon.