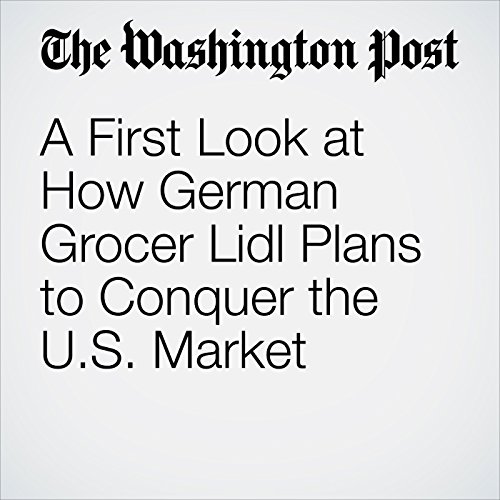 Lidl is set to open 20 stores this summer in Virginia, North Carolina and South Carolina, an earlier debut than the 2018 time frame that it initially targeted. Within 12 months of opening its first U.S. stores, it is slated to have 100 locations up and down the East Coast.

"A First Look at How German Grocer Lidl Plans to Conquer the U.S. Market" is from the February 15, 2017 Business section of The Washington Post. It was written by Sarah Halzack and narrated by Sam Scholl.