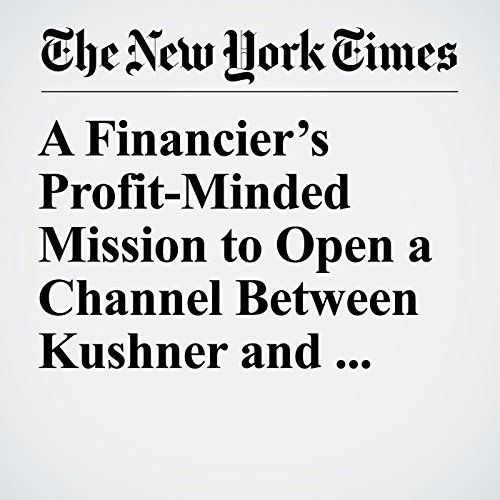 An American financier approached the Trump administration last summer with an unusual proposition: The North Korean government wanted to talk to Jared Kushner, the president’s son-in-law and senior adviser.

"A Financier’s Profit-Minded Mission to Open a Channel Between Kushner and North Korea" is from the June 17, 2018 U.S. section of The New York Times. It was written by Mark Mazzetti and Mark Landler and narrated by Fleet Cooper.