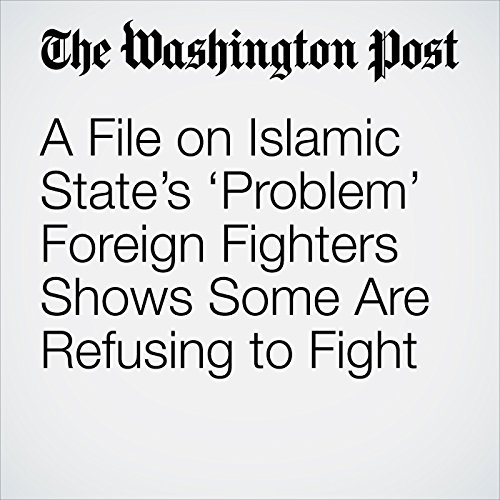 The documents in the Islamic State file hinted at signs of rebellion within the ranks of its foreign fighters.

A Belgian militant had a medical note saying he had back pain and would not join the battle. A fighter from France claimed he wanted to leave Iraq to carry out a suicide attack at home. Several requested transfers to Syria. Others just simply refused to fight.

"A File on Islamic State’s ‘Problem’ Foreign Fighters Shows Some Are Refusing to Fight " is from the February 07, 2017 World section of The Washington Post. It was written by Loveday Morris and Mustafa Salim and narrated by Jenny Hoops.