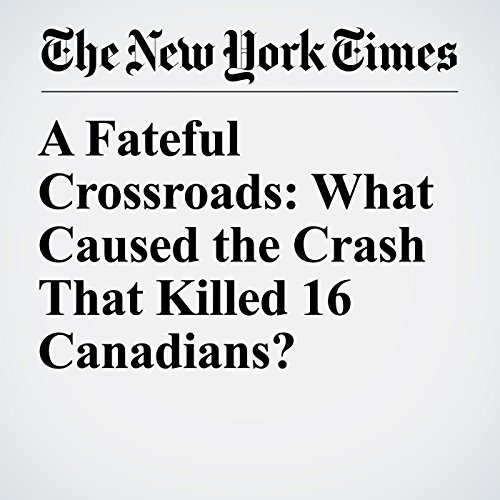 CONNAUGHT, Saskatchewan — A group of strangers gathered on a chilly morning this week at a memorial on the highway where a junior hockey team’s bus and a truck crashed last Friday, killing 16 and robbing several young men and teenagers of their potential.

"A Fateful Crossroads: What Caused the Crash That Killed 16 Canadians?" is from the April 11, 2018 World section of The New York Times. It was written by Ian Austen and narrated by Kristi Burns.