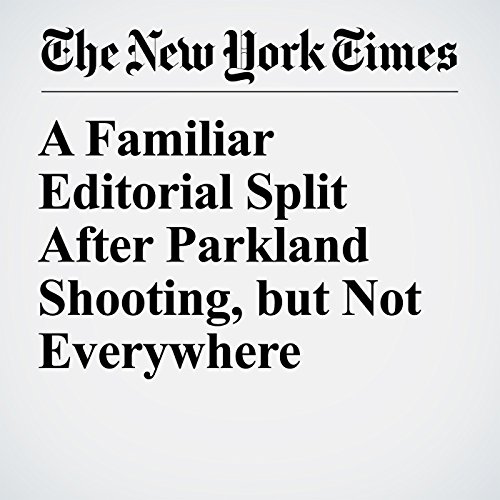 In the wake of a deadly mass shooting at a Florida high school, President Donald Trump’s favorite newspaper carried an unusually blunt message on its front page.

"A Familiar Editorial Split After Parkland Shooting, but Not Everywhere" is from the February 16, 2018 Business section of The New York Times. It was written by Michael M. Grynbaum and narrated by Keith Sellon-Wright.