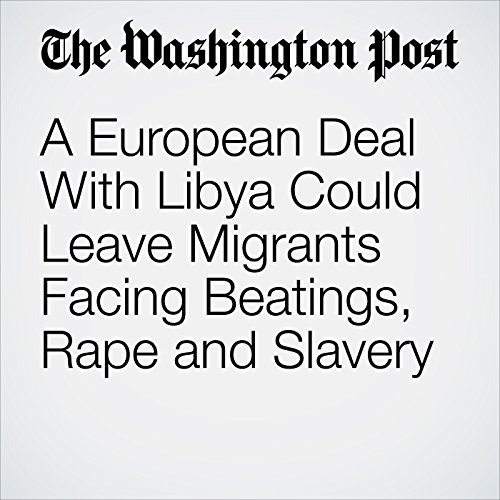 For hundreds of thousands of desperate migrants, Italy became a safe harbor, a landing place for those crossing the treacherous cobalt blue of the central Mediterranean Sea. But this long-tolerant nation is moving to create a de facto migrant blockade — by striking an odd bargain with Libya, its dysfunctional and war-ravaged neighbor to the south.

"A European Deal With Libya Could Leave Migrants Facing Beatings, Rape and Slavery" is from the April 25, 2017 World section of The Washington Post. It was written by Anthony Faiola and narrated by Sam Scholl.