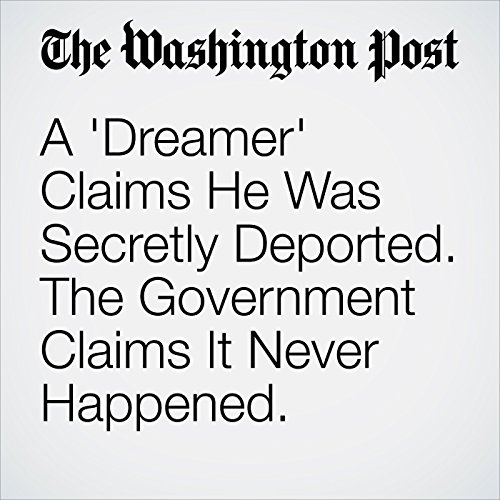 A 'Dreamer' Claims He Was Secretly Deported. The Government Claims It Never Happened.

The Trump administration has ramped up deportations under sweeping new enforcement guidelines, but has not yet overturned the DACA program, which granted renewable, two-year work permits to more than 750,000 immigrants who came to the country illegally as children. On a number of occasions, Trump has expressed sympathy for DACA recipients.

"A 'Dreamer' Claims He Was Secretly Deported. The Government Claims It Never Happened." is from the April 19, 2017 Politics section of The Washington Post. It was written by Samantha Schmidt and Peter Holley and narrated by Sam Scholl.