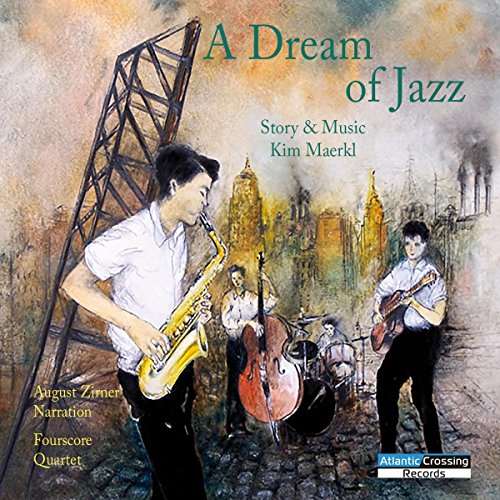 A Dream of Jazz takes the listener on a historic and tuneful ride to Cleveland in the 1940s. The city, jazz, and friendship are celebrated through the eyes of the teenage friends Don and John. Their thoughts are filled with nothing but jazz, and their troubles are carried away on the magic carpet of the music. The spirit and power of jazz are captured in Kim Maerkl's compelling production. Her original compositions combined with the smooth storytelling voice of renowned Austro-American actor August Zirner and the sophisticated playing of the band Fourscore is a musical treat for jazz lovers of any age.

Narrator biography: August Zirner was born in 1956 in Urbana, Illinois, and is the son of Austrian-Jewish immigrants. He has appeared in over 100 films and television shows and is one of the most popular actors in Germany. He co-starred in The Counterfeiters, which won an Oscar for Best Foreign Language Film.