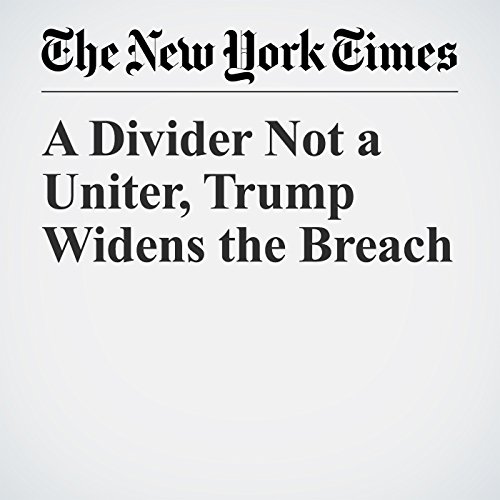 Over the course of just 17 hours this weekend, President Donald Trump assailed John McCain, Chuck Schumer, Stephen Curry, the National Football League, Roger Goodell, Iran and Kim Jong In — the “Little Rocket Man.” And that was on his day off.

"A Divider Not a Uniter, Trump Widens the Breach" is from the September 24, 2017 U.S. section of The New York Times. It was written by Peter Baker and narrated by Barbara Benjamin-Creel.