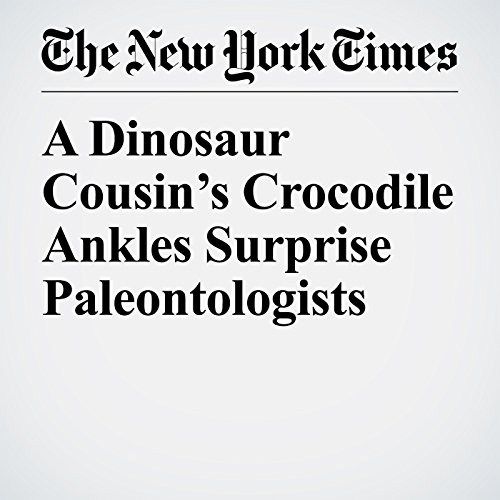 Paleontologists excavating a basin in southern Tanzania have uncovered 245-million-year-old fossils belonging to one of the earliest relatives of dinosaurs. The carnivorous creature, which is not a direct ancestor to dinosaurs but more of a close cousin, is called Teleocrater rhadinus

"A Dinosaur Cousin’s Crocodile Ankles Surprise Paleontologists" is from the April 13, 2017 Science section of The New York Times. It was written by Nicholas St. Fleur and narrated by Caroline Miller.