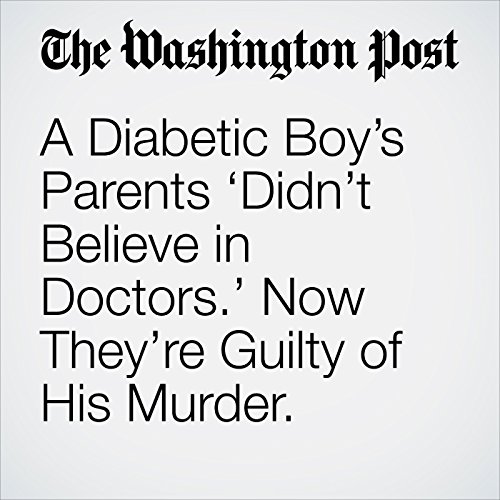 Though he was 15 years old, Alex Radita weighed less than 37 pounds when he died.

"A Diabetic Boy’s Parents ‘Didn’t Believe in Doctors.’ Now They’re Guilty of His Murder." is from the March 03, 2017 True Crime section of The Washington Post. It was written by Amy B Wang and narrated by Jill Melancon.