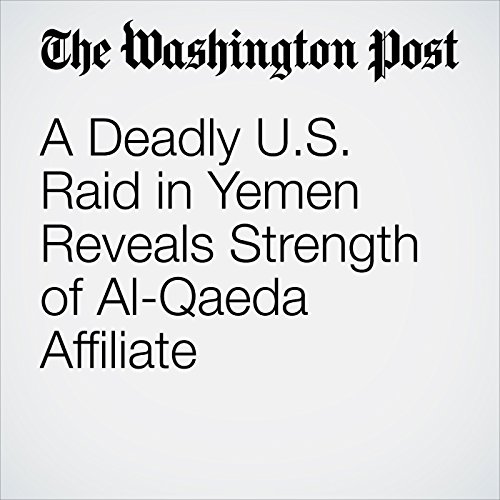 A U.S. commando raid in Yemen that set off a fierce firefight revealed the growing strength of an al-Qaeda affiliate that has targeted both the United States and Europe in recent years.

"A Deadly U.S. Raid in Yemen Reveals Strength of Al-Qaeda Affiliate" is from the February 04, 2017 World section of The Washington Post. It was written by Sudarsan Raghavan and narrated by Jill Melancon.