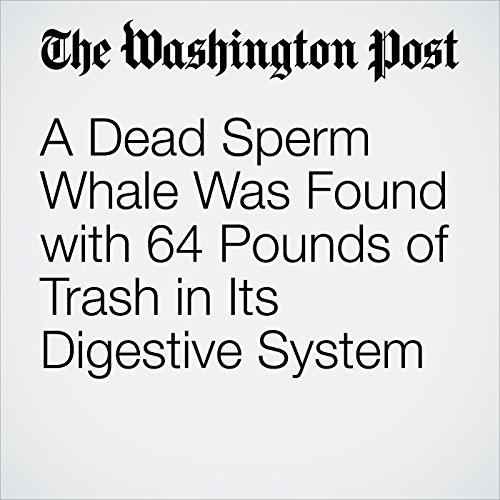 A young male sperm whale that was found dead off the coast of Spain had 64 pounds (29 kilograms) of garbage in its digestive system.

"A Dead Sperm Whale Was Found with 64 Pounds of Trash in Its Digestive System" is from the April 11, 2018 World section of The Washington Post. It was written by Kristine Phillips and narrated by Sam Scholl.