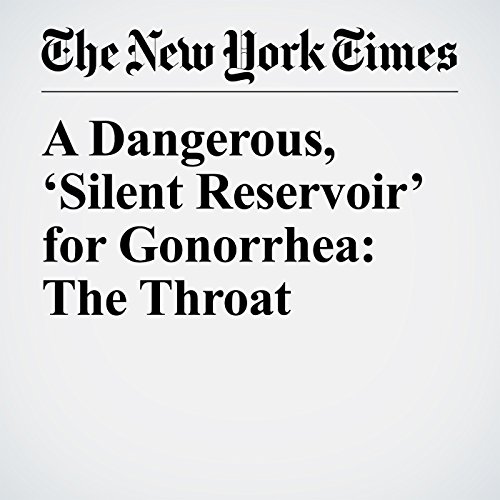 A Dangerous, ‘Silent Reservoir’ for Gonorrhea: The Throat

The human throat houses billions of bacteria, most of them harmless. But one species is becoming more common, and it is anything but benign.

"A Dangerous, ‘Silent Reservoir’ for Gonorrhea: The Throat" is from the July 31, 2017 Science section of The New York Times. It was written by Aneri Pattani and narrated by Keith Sellon-Wright.