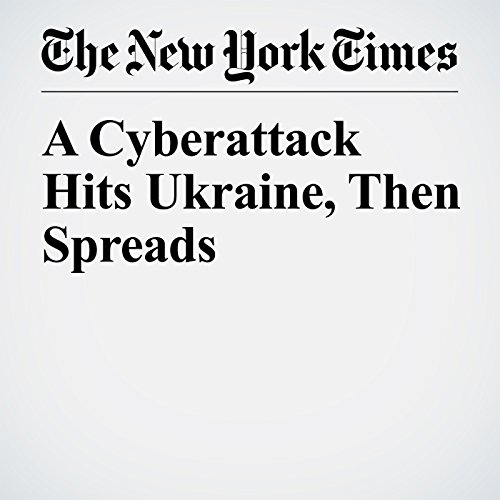 A Cyberattack Hits Ukraine, Then Spreads

Computer systems from Ukraine to the United States were struck Tuesday in an international cyberattack that was similar to a recent assault that crippled tens of thousands of machines worldwide.

"A Cyberattack Hits Ukraine, Then Spreads" is from the June 27, 2017 World section of The New York Times. It was written by Nicole Perlroth, Mark Scott and Sheera Frenkel and narrated by Keith Sellon-Wright.