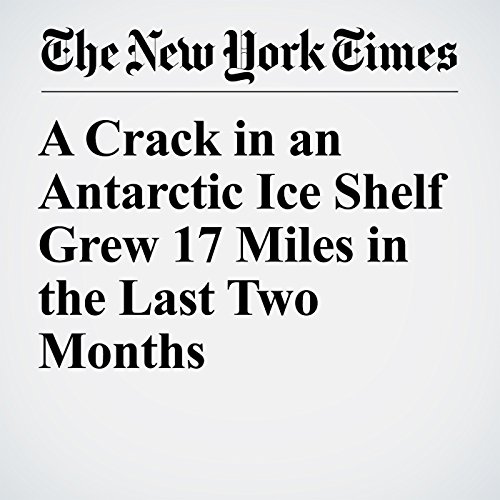 A rapidly advancing crack in Antarctica’s fourth-largest ice shelf has scientists concerned that it is getting close to a full break. The rift has accelerated this year in an area already vulnerable to warming temperatures. Since December, the crack has grown by the length of about five football fields each day.

"A Crack in an Antarctic Ice Shelf Grew 17 Miles in the Last Two Months" is from the February 08, 2017 Science section of The New York Times. It was written by Jugal K. Patel and narrated by Barbara Benjamin-Creel.