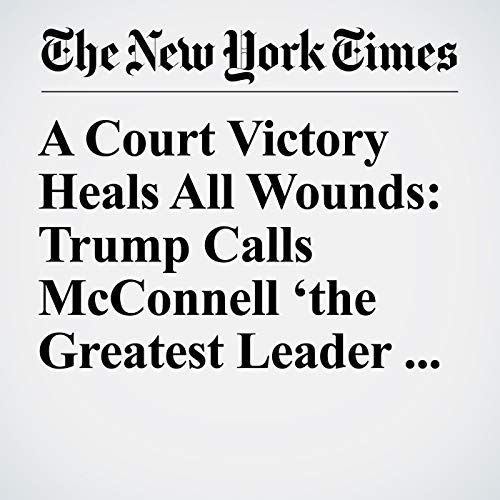 RICHMOND, Ky. — President Donald Trump on Saturday anointed Mitch McConnell, the Senate majority leader, as “the greatest leader in history,” an exchange that underscored how an often contentious dynamic has been smoothed by Republicans’ success in seating Justice Brett Kavanaugh and a host of other conservative judges on the nation’s courts.

"A Court Victory Heals All Wounds: Trump Calls McConnell ‘the Greatest Leader in History’" is from the October 13, 2018 U.S. section of The New York Times. It was written by Emily Cochrane and narrated by Kristi Burns.