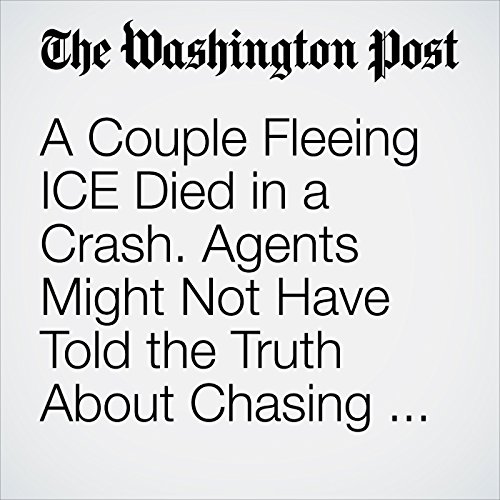 The couple was trying to flee.Federal immigration agents had just shown up at the two farmworkers’ residence in Delano, Calif., on March 13, thinking it belonged to a Mexican citizen they wanted to arrest, Immigration and Customs Enforcement officials said at the time. And the man who had left the house had matched “the target’s description,” officials said.The couple drove off in an SUV, so ICE agents went after them. What came next was a fatal car crash, and a narrative from ICE with discrepancies about what happened.

"A Couple Fleeing ICE Died in a Crash. Agents Might Not Have Told the Truth About Chasing Them." is from the January 00, 1900 National section of The Washington Post. It was written by Marwa Eltagouri and Amy B Wang and narrated by Jenny Hoops.

Cosa pensano gli ascoltatori di A Couple Fleeing ICE Died in a Crash. Agents Might Not Have Told the Truth About Chasing Them.