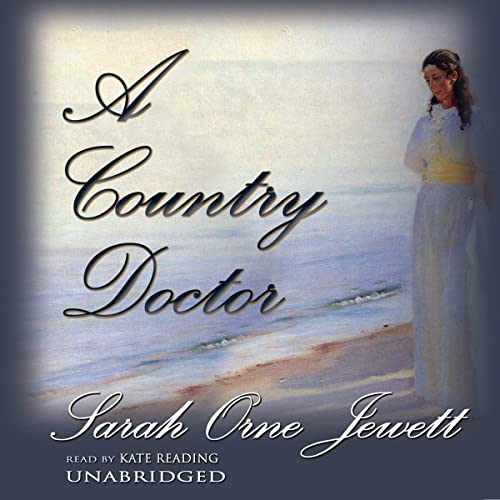 Published in 1884, Sarah Orne Jewet's first novel, A Country Doctor, is a luminous portrayal of rural Maine and a semiautobiographical look at her world. In it, Nan's struggle to choose between marriage and a career as a doctor, between the confining life of a small town and a self-directed one as a professional, mirrors Jewett's own conflicts as well as eloquently giving voice to the leading women's issues of her time.

Perhaps even more important, Jewett's perfect details about wildflowers and seaside wharfs, farm women knitting by the fireside, and sailors going upriver to meet the moonlight convey a realism that has seldom been surpassed and stamp her writing with her signature style. Though not as well-known as the writers she influenced, Sarah Orne Jewett nevertheless remains one of the most important American novelists of the late 19th century. A contemporary and friend of Willa Cather, Harriet Beecher Stowe, and Julia Ward Howe, Sarah Orne Jewett is widely recognized as a pathfinder in American literary history, courageously pursuing a road less traveled that led the way for other women to follow.

Good book. Interesting to read about girl’s difficulties becoming a doctor in that era. I had my own difficulties in the 70s and had to leave USA to get my training as an MD. Other problems too, but persistence pays off.