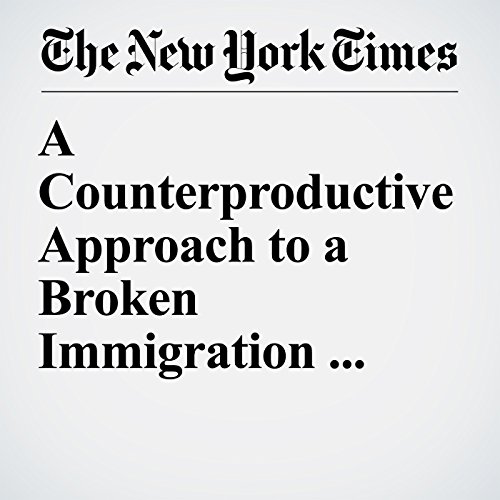 The decision by the Department of Homeland Security not to renew Temporary Protected Status, for almost 200,000 migrants from El Salvador is President Trump’s latest attempt to restrict both legal and illegal immigration. This comes on the heels of the same rulings last year regarding Haitians and Nicaraguans. Salvadorans, however, are by far the largest group of T.P.S. recipients — approximately two-thirds of the remaining beneficiaries.

"A Counterproductive Approach to a Broken Immigration System" is from the January 09, 2018 Opinion section of The New York Times. It was written by Michael Shifter and Ben Raderstorf and narrated by Kristi Burns.