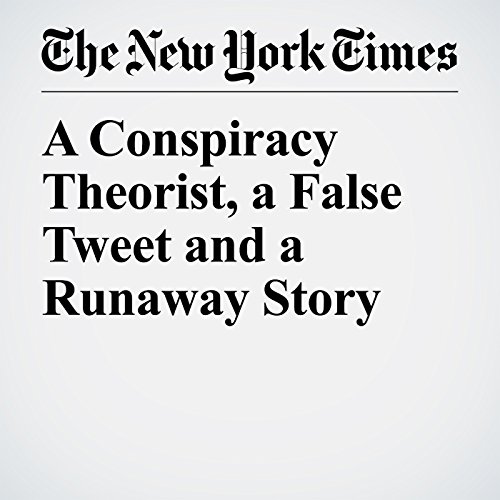 A Conspiracy Theorist, a False Tweet and a Runaway Story

A pro-Trump activist notorious for his amateur sleuthing into red herrings like the “Pizzagate” hoax and a conspiracy theory involving the murder of a Democratic aide, Posobiec wrote on May 17 that Comey, the recently ousted FBI director, had “said under oath that Trump did not ask him to halt any investigation.”

"A Conspiracy Theorist, a False Tweet and a Runaway Story" is from the June 10, 2017 Domestic section of The New York Times. It was written by Jeremy W. Peters and narrated by Kristi Burns.